Democracy Network 21 (Demokratinätverk 21) has cooperated with International IDEA in promoting discussion on state of democracy during pandemic. Due to this cooperation, the DN21 was a partner in launching IDEA’s Global State of Democracy Report 2021. The event was co-hosted by the Permanent Representation of the Federal Republic of Germany to the European Union.

Democracy in decline, but democracy is resilient

The report itself testifies that the world is becoming more authoritarian, as non-democratic regimes become even more brazen in their repression and many democratic governments suffer from backsliding by adopting their tactics of restricting free speech and weakening the rule of law, exacerbated by what threatens to become a "new normal" of Covid-19 restrictions.


Resilience of democracy needs also our attention. Protest and civic action are alive and well. Pro-democracy movements have braved repression around the world, and global social movements for tackling climate change and fighting racial inequalities have emerged. In spite of restrictions, more than three-quarters of countries have experienced protests during the pandemic.

Many democracies have proved resilient to the pandemic, introducing or expanding democratic innovations and adapting their practices and institutions in record time. Countries around the world rapidly activated Special Voting Arrangements to allow citizens to continue to hold elections in exceedingly difficult conditions.

The IDEA’s report suggested that we must act urgently and boldly: the report is a call for global democratic renewal.

More on the report: www.idea.int/gsod/ 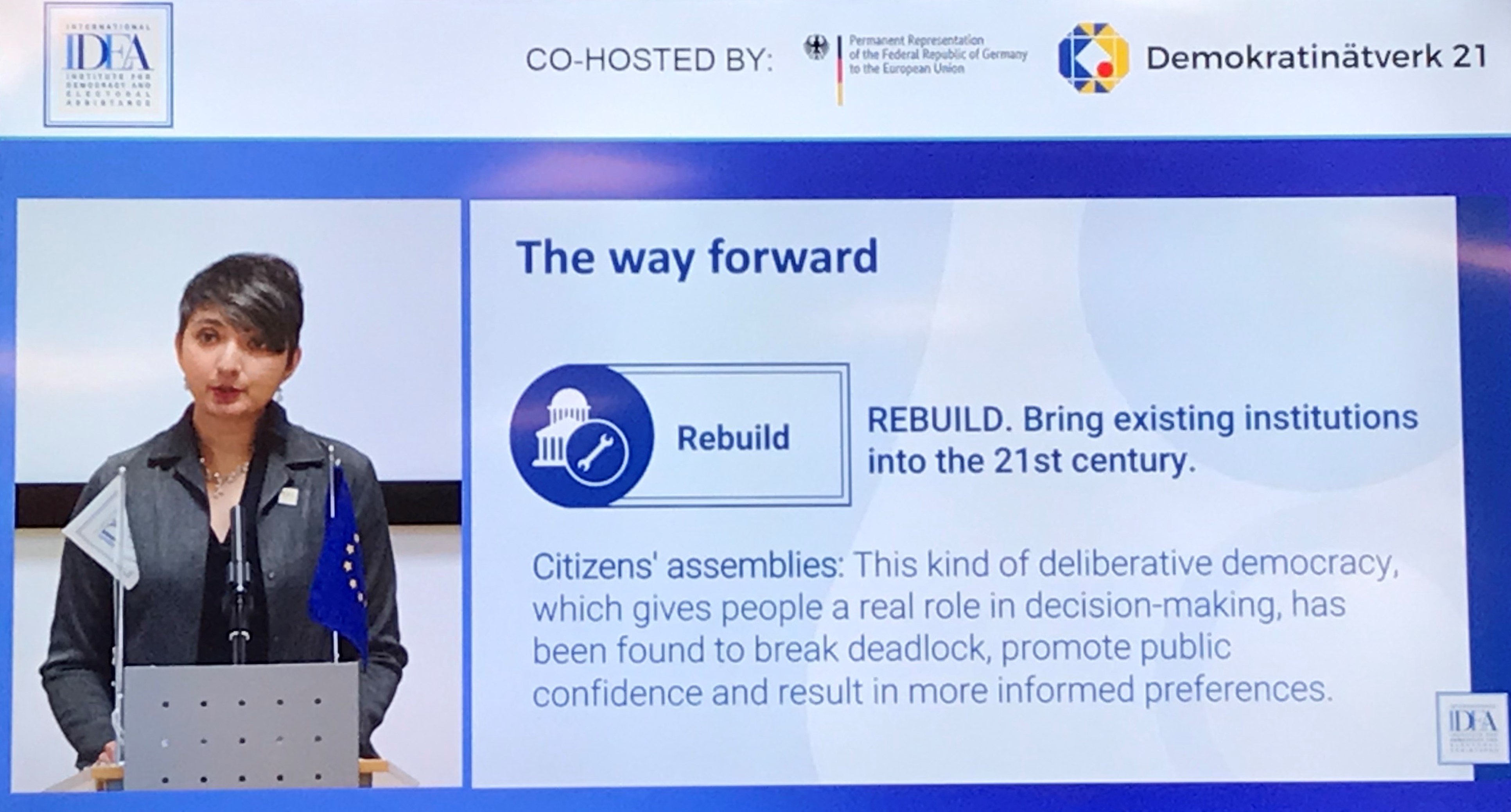