"The liberty of a nation is preserved not only by the laws but by public information and knowledge as to how they are being administered."

Democracy is being challenged by globalization, digitalization and the ongoing COVID-19-pandemic. This is why the Anders Chydenius Foundation is today launching a new network on democracy in co-operation with the Hanaholmen Cultural Centre for Sweden and Finland, Åland Islands Peace Institute and Lund University.

Former Ministers Margot Wallström (Sweden) and Jyrki Katainen (Finland) are honorary members of the network and were today granted the Anders Chydenius Award for their efforts in democracy promotion. 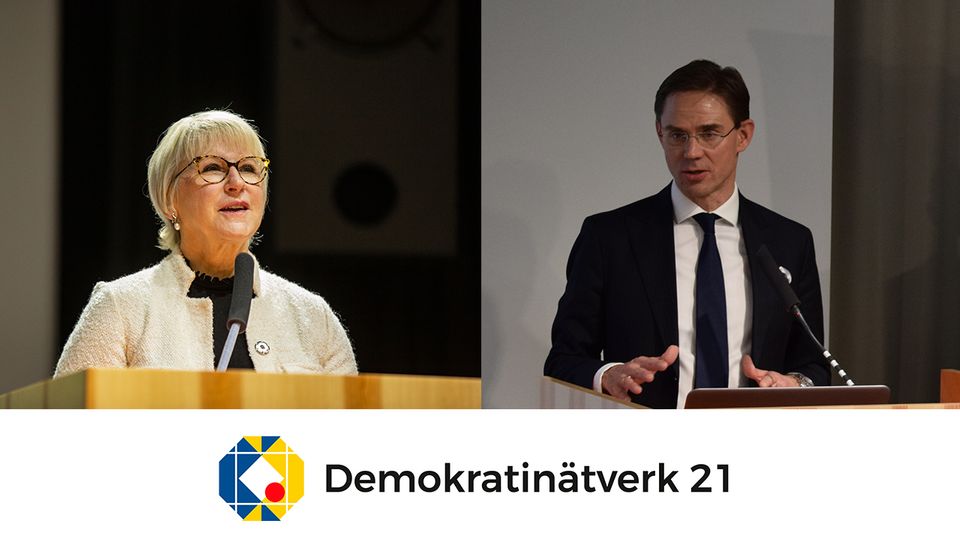 The network is called Democracy Network 21 and will ensure that more people talk about democracy in the Nordic region. It consists of some
100 personalities both from Finland, Sweden and Åland representating different fields of societal life.

Focus on Nordic and Europe

Given clear examples of democratic backsliding, increasing authoritarian tendencies in many countries and rising hybrid influencing, there is a need for continued EU leadership and for enhanced EU action to make democracy thrive in the world. Democratic development has been in decline. At the same time, many autocracies are expanding their powers even if pro-democracy resistance is also growing. Hybrid influencing and digital surveillance are undermining the integrity of democratic processes. One can find these tendencies in democracy reports by International IDEA, V-Dem Institute, Freedom House and The Economist Intelligence Unit.